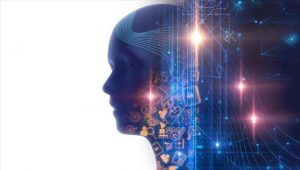 As the British University emphasizes, it is the first system for discoveries through the relevant literature, and is intended to support / assist in relevant research.

Research on cancer is widely funded worldwide and the volume of scientific material produced is so great that researchers find it hard to make use of it; given that cancer is a complex disease, which is largely incomprehensible. Its development involves changes in various chemical and biochemical molecules and reactions and therefore research is carried out over a range of fields, which often differ from one another.

“As a researcher, even if you know what you are looking for, there are literally thousands of scientific articles that appear every day”,

“LION LBD” uses artificial intelligence to help scientists remain informed about the discoveries that are being published in their fields. But it could also help them make new discoveries by combining what is known in the bibliography, making correlations between sources that may seem bound. “

The “LBD” stands for “Literature-Based Discovery”, a concept developed in the 1980s and it has to do with discoveries through combinations of information from unrelated sources . The central idea behind the original version of “LBD” is that various topics that are never clearly linked to the literature may be linked through “intermediate” concepts.

“LION LBD” design allows real-time searches to identify indirect relationships between different “entities” in a database of tens of millions of versions, while maintaining the ability of users to investigate each reference to its original context.

“For example, you may know that a cancer drug affects the behavior of a particular pathway, but with “LION LBD” you may find that a drug developed for a completely different illness affects the same pathway,

It is the first system that has evolved entirely for the needs of cancer research and uses advanced “machine learning” and “natural language processing” techniques. The system is built through open data, open source and open standards and is available as an interactive web-based interface or programmable API.