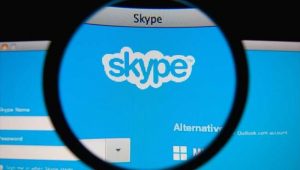 © naftemporiki.gr «Turn 180 degrees» from Skype after user complaints about updates

Microsoft has announced that it will remove Snapchat features from Skype, following intense user reactions.

As the BBC said, the company had made these updates in June 2017, triggering reactions from Skype users who spoke of the “worst update ever made“.

Microsoft has announced that it accepts that the new features are “coming in the way” of the basic uses of the service: Messaging and Phone Calls. As he added, many of the updates simply did not appeal to most users.

As a result, it will reduce the navigation options to three out of five, removing the highlights and camera buttons.

When he announced the June 2017 updates, Microsoft had admitted to the BBC that it was a big change and that any feedback was welcome. She also expressed her conviction that,

“As we continue to listen to users and provide updates to the app … we will be able to continue to improve the experience.”

“Last year we investigated some design changes and we heard from customers that we were more complex than some of our key scenarios”.

Skype was first released in 2003 and was acquired by Microsoft in 2011. However, most services like Messenger, Instagram, and WhatsApp of Facebook, and Telegram and Snapchat provide similar capabilities, with many of these services to replicate virtually ideas from each other.