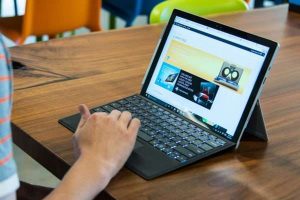 Microsoft has announced that it is re-launching the “Windows 10 October 2018” upgrade for its latest operating system.

As easily understood by the name of the “Upgrade”, it is the upgrade package originally started to be distributed in October.

However, user reports that they “lost” part of their files during the upgrade forced Microsoft to stop distributing the upgrade until the issue was resolved.

As the solution seems to have been found, the company resumes distribution of “Windows 10 October 2018 Update”.

At the same time, Microsoft has announced that it will monitor the evolution of the upgrade to ensure that everything evolves smoothly.

Let’s remind that some of the new features brought by this upgrade are the option of selecting “dark mode” for Microsoft applications.

For obvious reasons, Microsoft appears more cautious with the new distribution claiming that the upgrade will be available through “Windows Update”

“When the data indicates the device is ready”.

In fact, if Microsoft diagnostics show that there is any “peculiarity” with the user’s computer that could cause problems, the upgrade will not be installed automatically.