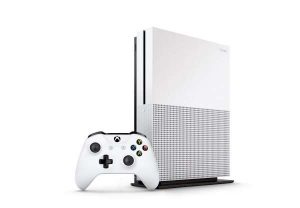 Microsoft is to unveil the next generation of “Xbox”, within the next two years, from which however it lacks the standard to date support of optical drives.

According to the publication of the “Thurrott” website, the company is expected to present an upgraded version of the “Xbox One” soon, but is also preparing for the next-generation console to be launched by 2020.

This is the family of devices codenamed “Scarlett”, which, according to the report, will lack the slot for conventional optical discs.

Obviously because a large portion of users continue to buy their games in disk format, Microsoft is also preparing an extensive transition program with the eloquent “disc-to-digital” name. It will be a program that will “convert” the natural reality games (disc) into digital “downloads”, through the exchange of disks with digital codes in selected stores.

The US company’s goal is to bring the new console at a considerably lower price than today. That is, while today, in the US, an “Xbox One S” console costs about $300, the goal is to drop to $200 or even lower.

The site’s publication suggests that Microsoft will release the first version of “Xbox” without optical disk support in the spring of 2019. Of course, Microsoft itself did not even comment on the publication.