As revealed by Microsoft, only users who clicked “Check for Updates” encountered the file deletion error when upgrading to “Windows 10 October 2018 Update”.

By clicking on “Check for Updates”, Microsoft gives you updates early, bypassing much of the testing process. 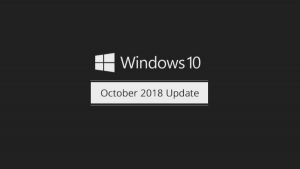 Here’s how Microsoft has defended deleting files when updating to “Windows 10 October 2018”:

Initially, we begin each feature upgrade slowly, carefully following the comments before making the update more widely available. In this case, the update was available only to those who manually updated by clicking on “check for updates” in Windows settings.

In other words, Microsoft delivers deliberately lately the big updates, checking for problems. But if we proceed in the path “Settings – Windows Update” and click “Check for Updates”, Microsoft bypasses this careful process and install the latest update to your computer without further testing.

See how Microsoft put it up when the “April 2018 Update” was released :

Although we recommend that you wait until the update is offered to your device, if you are an experienced user on an active, serviced version of “Windows 10” and want to install the “Windows 10 April 2018 Update”now, you can manually do this by the feature “updates”

Have you caught it?

Microsoft states in essence that ” We encourage you not to click on ” Check for updates “unless you are an experienced user who wants to update earlier .”

Clicking the “Check for Updates” button automatically makes one of your company’s “testers”. 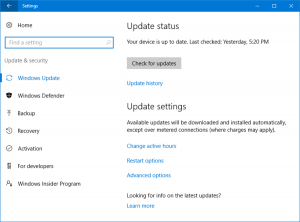 All this sounds great, but does it work?

They seem to work, except the part with the clicking on “Check for Updates” since this process skips the correct and secure checking process. Until the release of “Windows 10 October 2018″, most “Windows 10″ users did not see it as a problem.

Note that at this time, this strange thing with the “Check for Updates” button only happens once every six months when a new major update for “Windows 10″ is released.