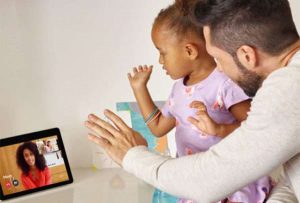 It only took a few days since the launch of Amazon ‘s new “Alexa” devices and Microsoft has rushed to announce the full integration of “Skype” into them.

More specifically, according to a company blogpost, it became known that the “Skype” application will be available for Amazon products with built-in “Alexa” Digital Assistant for making voice calls and video calls.

Obviously, the integration of Skype will be entirely voice-based, that is, the user will tell “Alexa” the person’s name and then the conversation will be handled.

It should be remembered that “Amazon” announced last week a variety of new and upgraded appliances. Among them is the “Echo Show” incorporating a 10-inch, high-resolution display. Obviously, this particular device will allow Skype to make video calls.