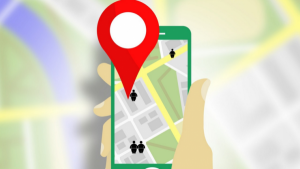 Does Nea Smyrni or neighboring Kallithea have the most obese? One could try to answer this question by analyzing recorded statistics. Or it could do something more original: put an artificial intelligence system to analyze satellite images of Google Maps.

This is what the US scientists have imagined, opening a new way, far cheaper than on-site statistical surveys, for space-based public health problems.

Google Maps satellite imagery reveals a number of elements, such as the distribution of buildings and trees in space, the extent of green areas and streets, the proportion between structured and free-to-air land-use actions, etc.

Researchers have developed an algorithm that can relate these data to obesity rates in a neighborhood, thus making comparisons between the neighborhoods of a city by air.

As they said, this would make it easier for the competent authorities to make more targeted interventions against obesity, through campaigns to promote healthy eating.

The researchers downloaded approximately 150,000 satellite images from Google Maps, covering several neighborhoods in four major US cities. They then fed these images into a computer neural network, capable of “discerning” motives and patterns in large volumes of data.

The computer helped scientists find out what are the most important attributes in satellite imagery in terms of their relationship to obesity (eg, large green spaces favor physical exercise, thus reducing the likelihood of obesity).

The researchers then used another Artificial Intelligence program, which discovered correlations between the specific features of the images and the local obesity rates.

Ultimately, scientists who made the relevant publication in the American medical journal “JAMA Network Open”, according to “Science”, were able to make an estimate of the percentage of obesity in each neighborhood and to compare between neighborhoods.

Indeed, it was found that the new method is better in its estimates that if the estimate was based only on statistics such as the number of gyms and restaurants (especially fast food) in a region.

The new technique is certainly not in a position to replace traditional public health surveys but is a useful supplement to them.

See the scientific publication by copying to your browser: